Eye-to-eye with the Rhinos at The Ant Collection

Unicorns are real! They’re just fat and grey and we call them rhinos.

Super powers or not, there’s something absolutely magical about being up close to a rhino. Both humbling and terrifying, it’s certainly not an experience you forget quickly.

On my recent expedition to Ant’s Hill, I was treated to not one, not two, but three absolutely amazing encounters with the resident rhinos. Previously, I’d only ever seen rhinos from a game vehicle, and even then, they were several metres away and utterly disinterested in us. This time, however, was a different story. On foot, vulnerable and within arm’s reach of them, these were some of the most engaging, albeit terrifying, wildlife experiences of my life.

Just one week before I arrived at Ant’s Hill, a new baby white rhino was born. Desperate for the chance to meet such a young rhino calf, I couldn’t have agreed faster when Ant (owner of Ant’s Nest and Ant’s Hill Bush Homes) offered to take me to find him. The baby, named Mokolo, and his mum, Skewhorn, had been in the same area for a few days and it wasn’t long before we found them resting in a spot of shade. 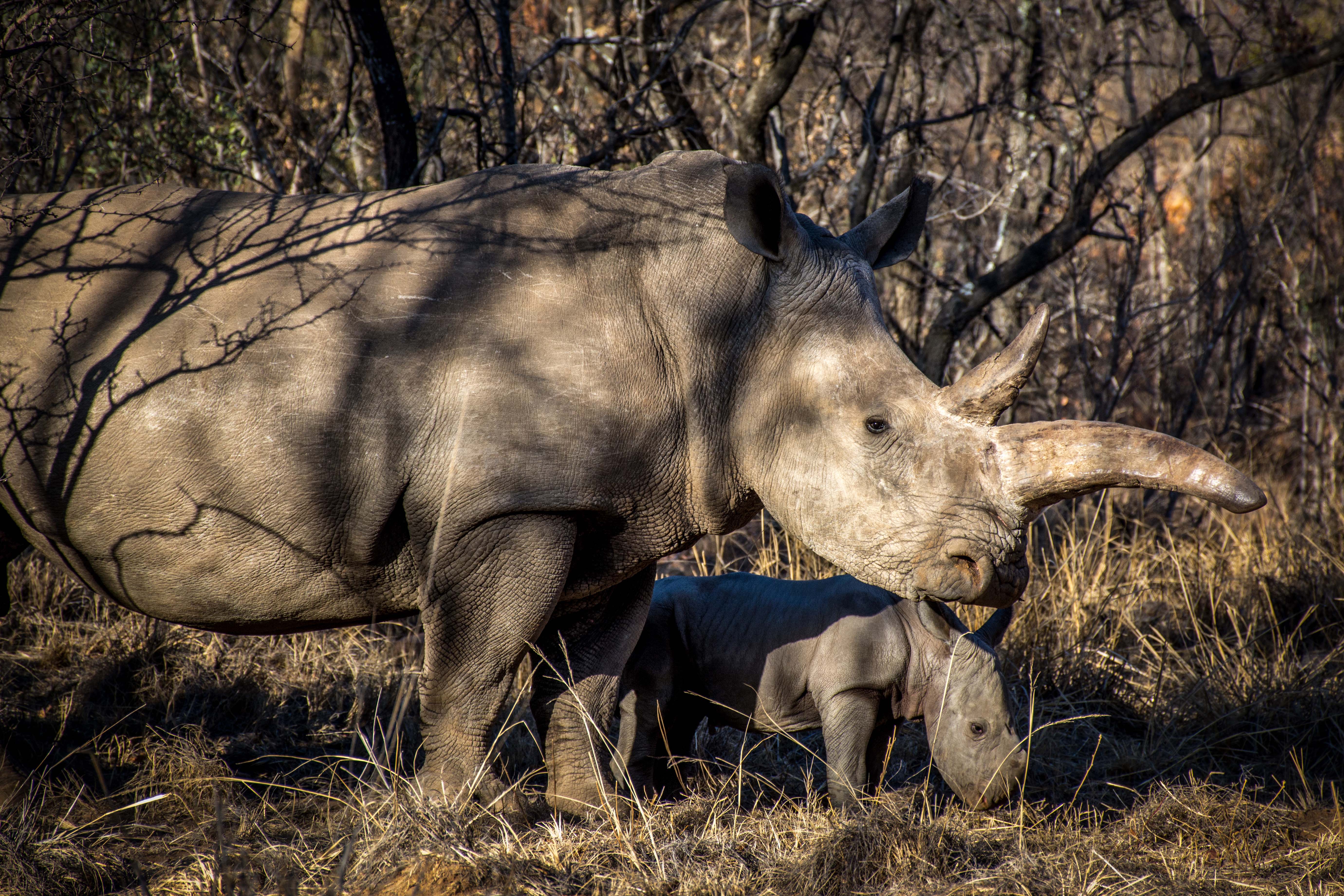 They were both very calm and obliging as we quietly approached on foot. Skewhorn barely acknowledged our presence and little Mokolo seemed equally unperturbed. It was a sweltering hot day and after a while, Mokolo flopped over in true baby rhino fashion and fell asleep in his mum’s large shadow. 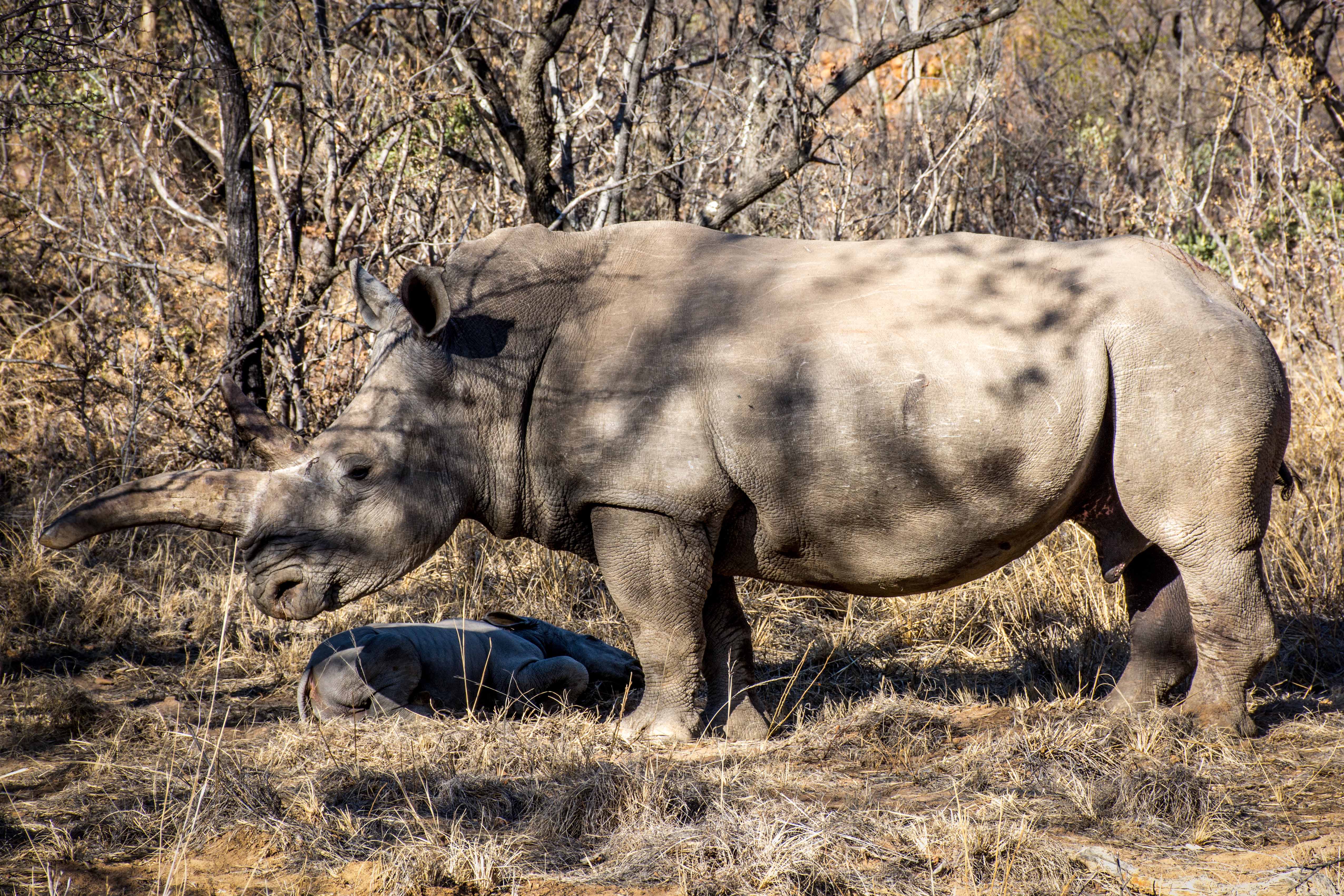 At this point, we agreed to leave them to rest and decided to move on and try to find the other rhinos.

We hopped back into the game vehicle and it wasn’t long before we happened upon eight more rhinos. 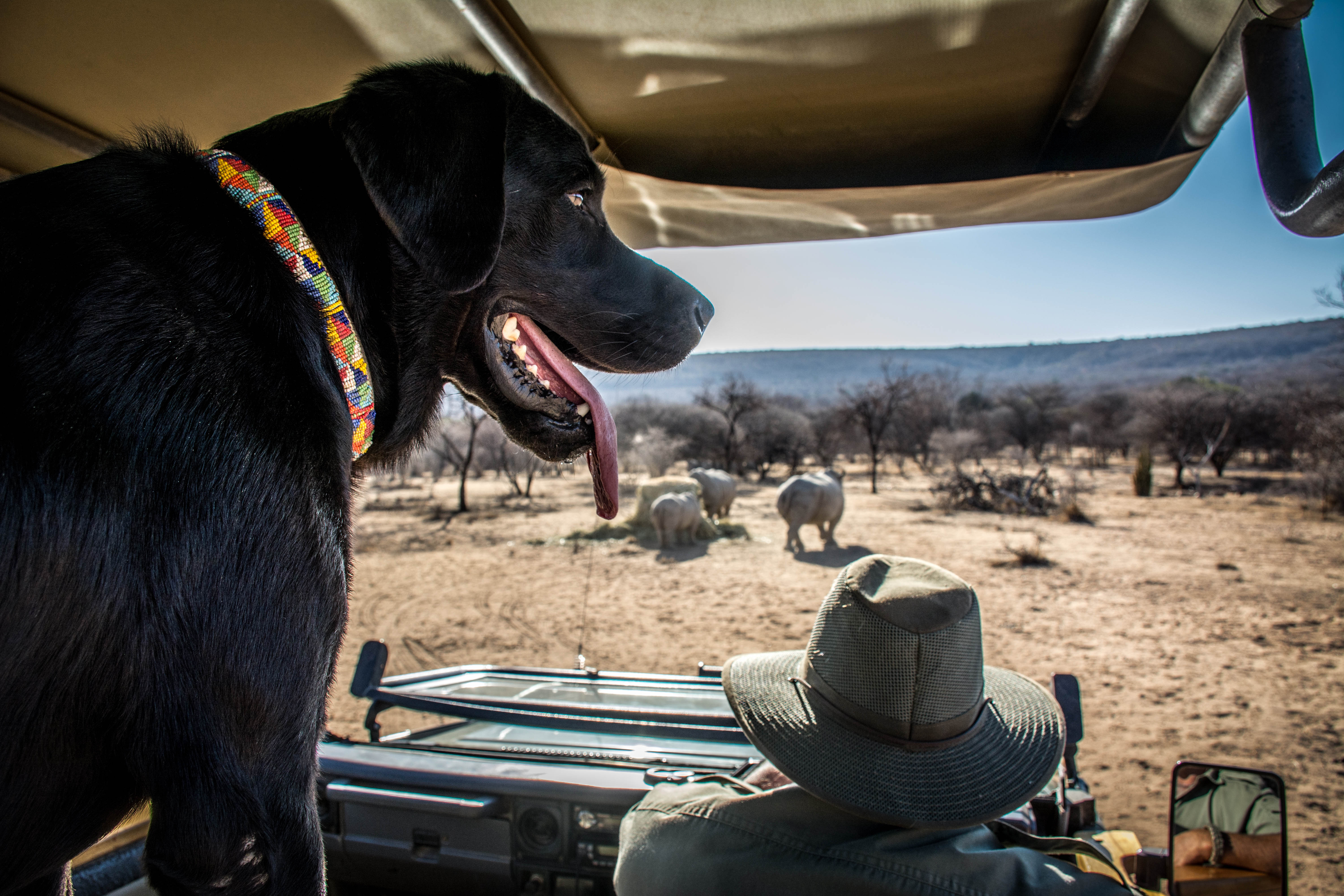 Ant suggested that we try and get a bit closer on foot to get some better photographs and what followed would turn out to be one of the most memorable wildlife experiences of my life. Stopping just a few metres away from them, it was almost impossible to concentrate on taking photos of them. As it turned out, some of the male rhinos seemed quite intrigued by our presence and came closer to get a better view. 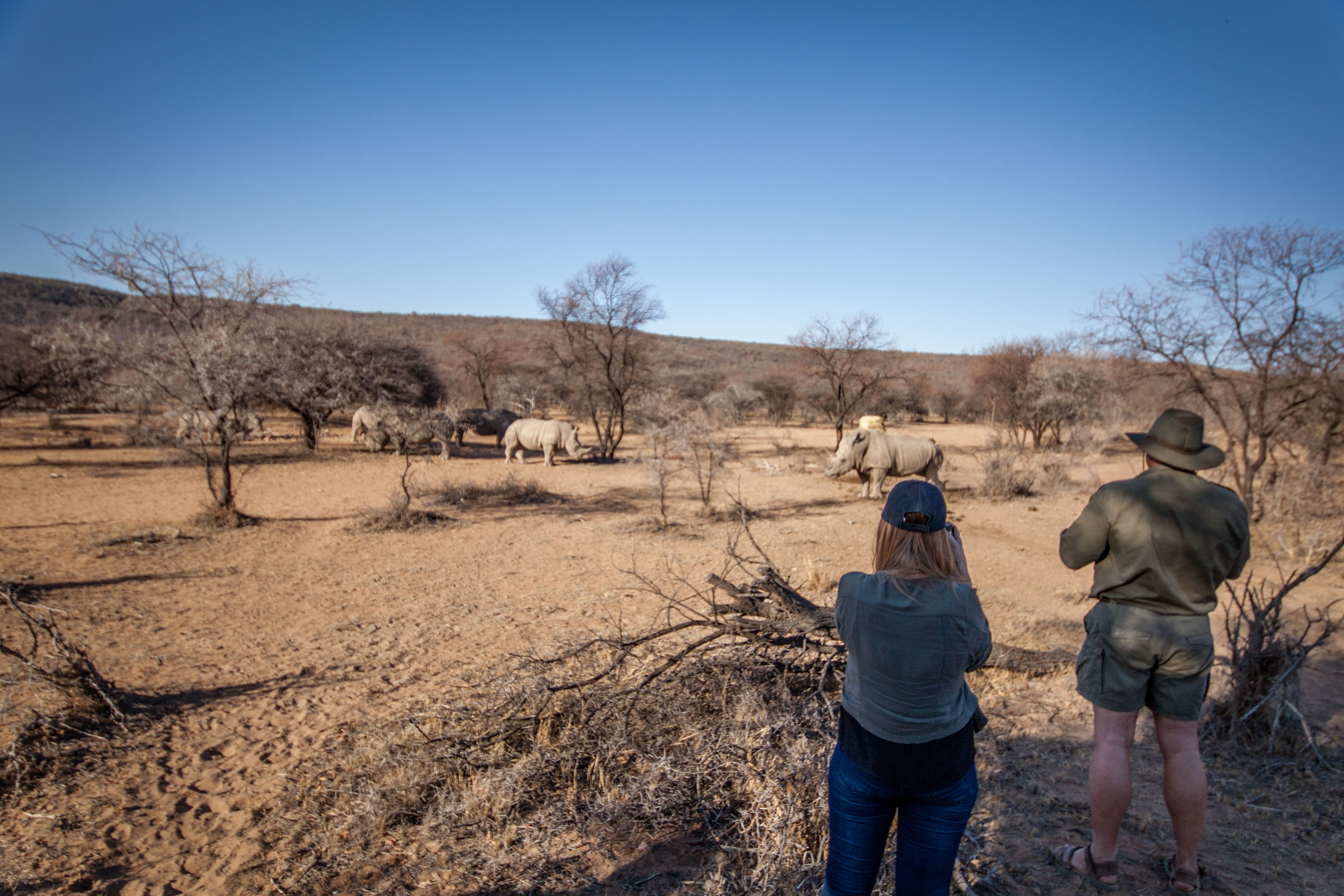 At one point, one of the rhinos came so close that I could almost feel his breath. Awestruck but also paralysed with fear pretty much sums up how I feel during the encounter. Luckily for me, Ant knows these rhinos well and they know him, and he was able to gently convince the rhino to amble off. (Much to my boyfriend’s relief, who was anxiously watching from the game vehicle.) 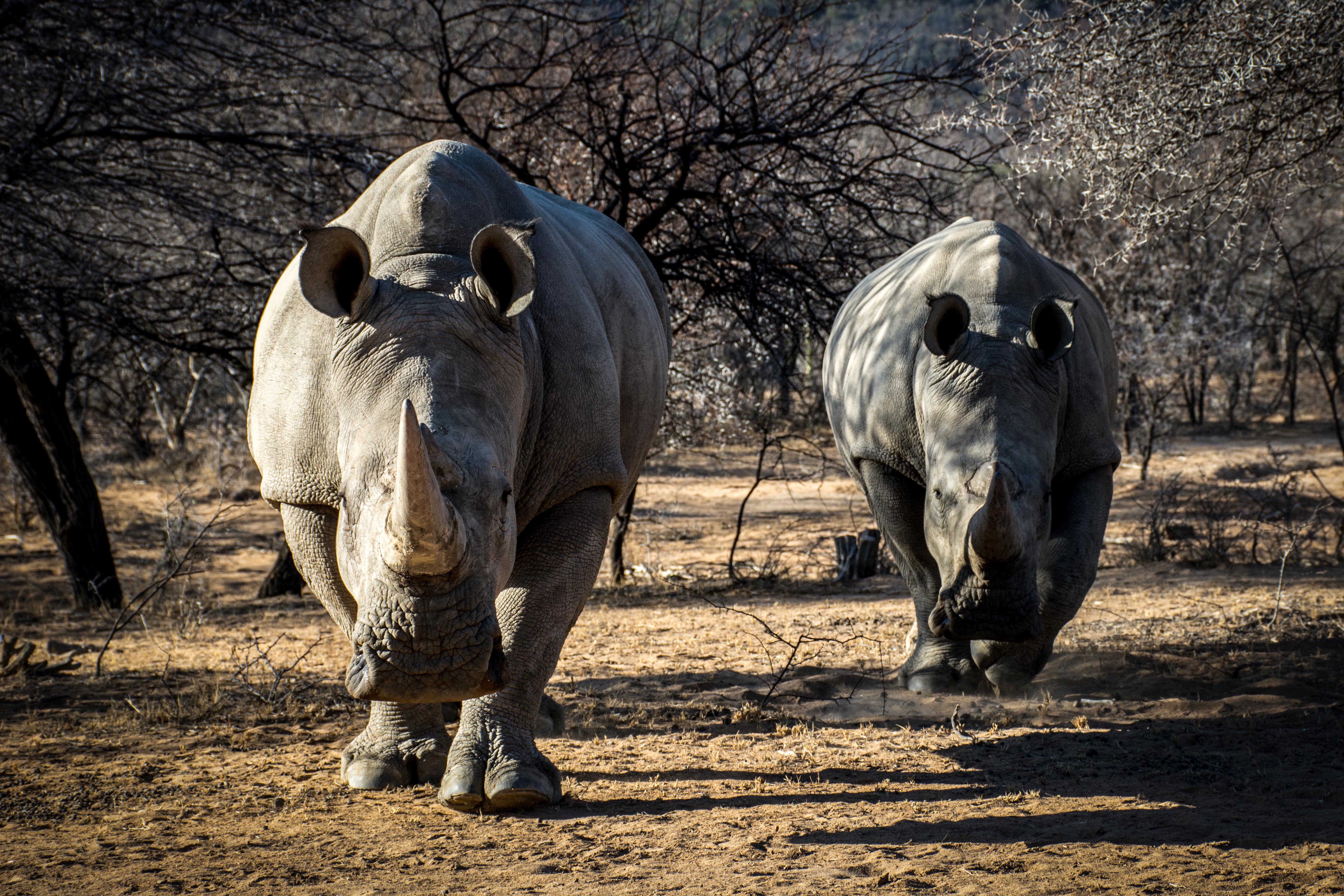 For the full story of this encounter, read my Africa Geographic blog about it.

Rhino Encounter 3 – Sundowners with the rhinos

After an afternoon of incredible and blood-pumping rhino encounters, drinks were definitely in order! Sundowners are a daily occurrence at Ants, however sundowners at Ant and Tessa’s home is a particularly special event. When the sun begins to set, the show begins. One by one the rhinos appeared from the bushes and made their way right up to the house. 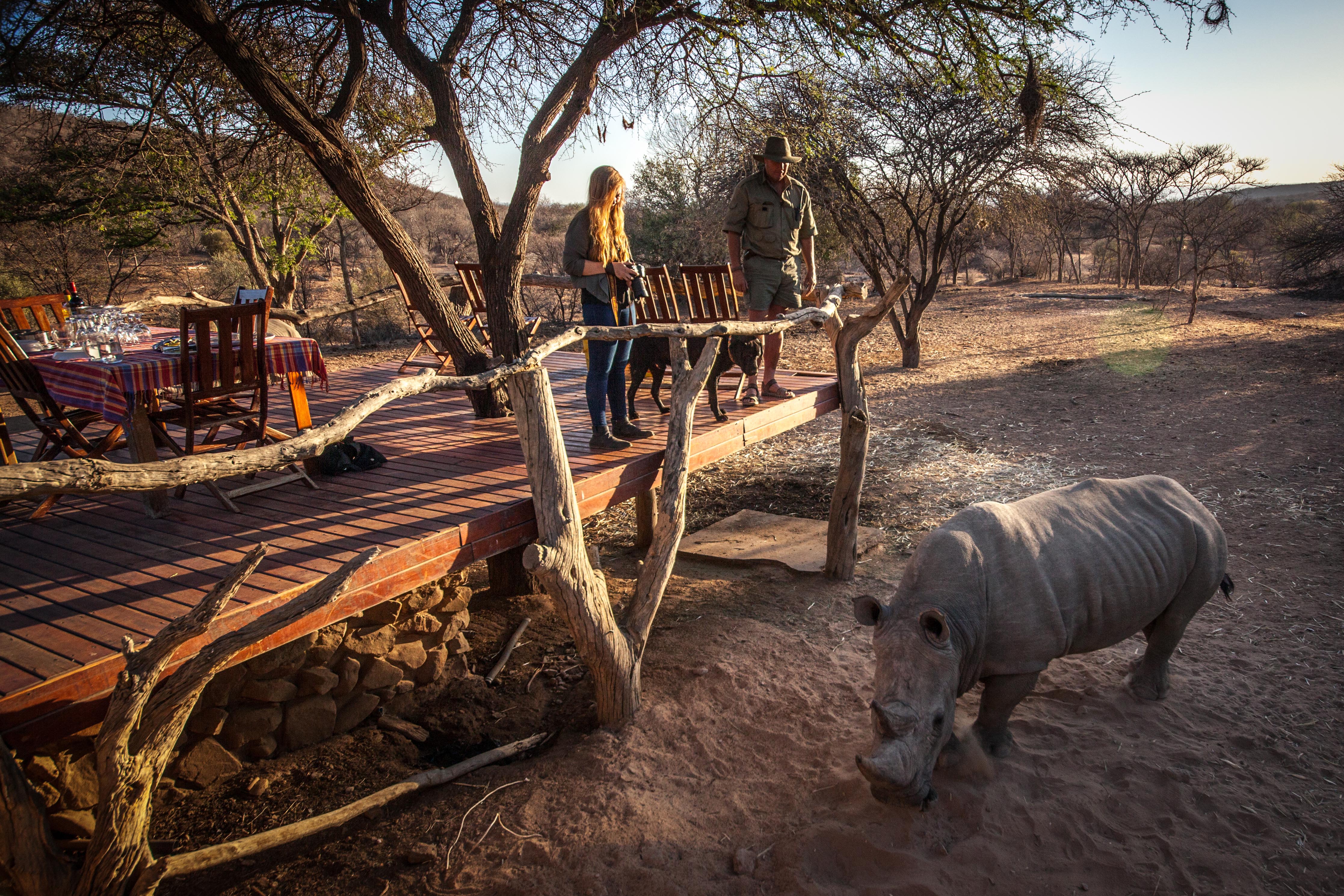 Due to the terrible drought that has been ravaging the Waterberg area, Ant and Tessa have been supplement feeding their rhinos and it has now become a ritual. 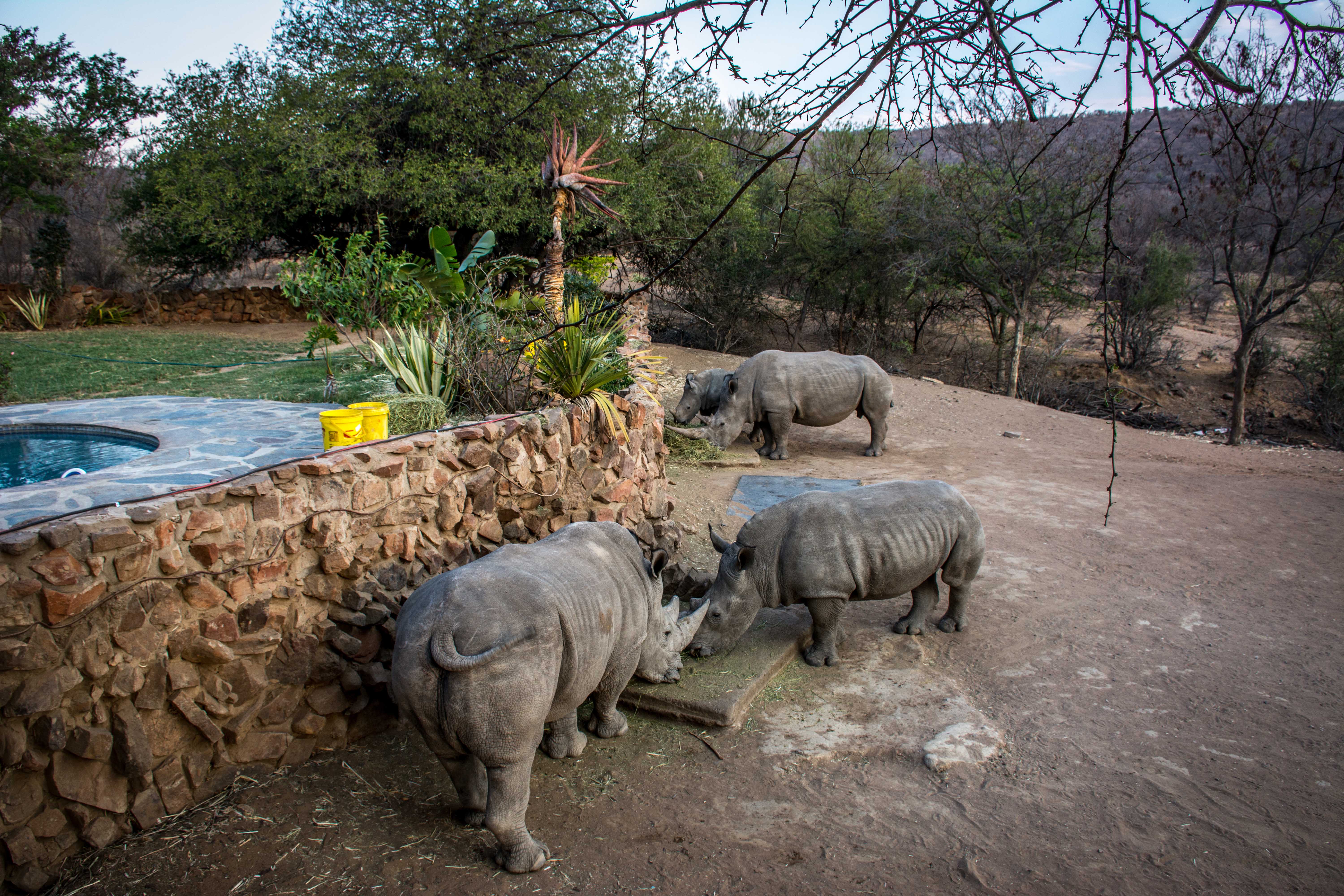 Every day the rhinos arrive right on time for their food and guests are often invited to come and witness this unique event. 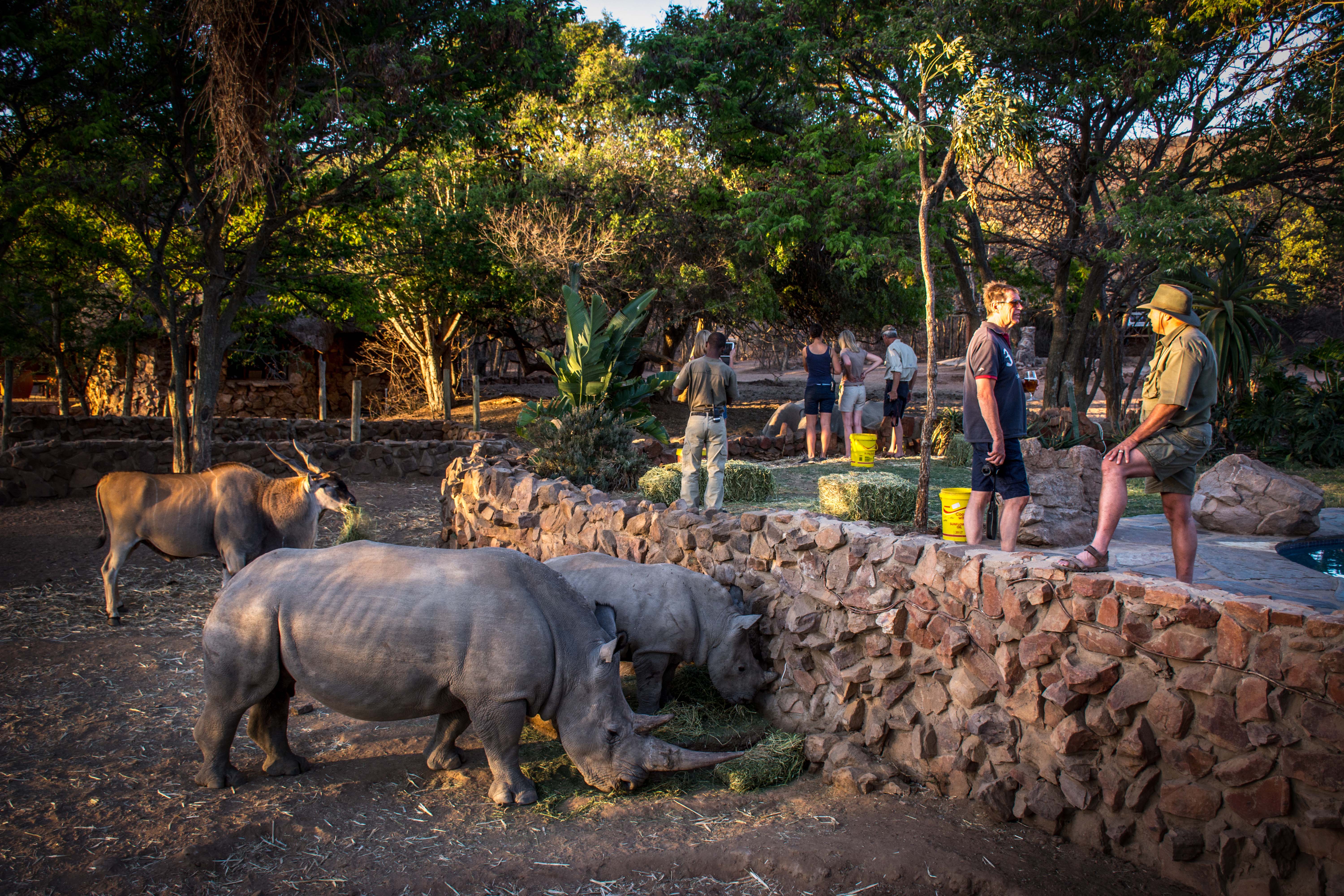 The staff often take this opportunity to educate the guests as to what measures are being taken to protect the rhinos and how the guests themselves can contribute and make a difference.

Find out more about what Ants is doing to protect their rhinos here.

You don’t need any copywriting skills to create ...