For my first British and Irish Lions Rugby Tour, “Coming down the hill we could just see red and approaching the stadium we started to hear the singing.  I’d never heard anything like it at Kings Park before – it made the hairs stand up on the back of my neck.”

Not my or another Lions Rugby supporter’s words but those of a Springbok fan remembering the first time he experienced the excitement of a Lions game. I was chatting to him in the bar before the Sharks played the Lions in 2009, 10 days before the first test.

“A British and Irish Lions Rugby Tour is not just an unforgettable experience for the fans that travel with them but also the locals too. Unlike supporters in Europe, South Africa’s geographical isolation means fans rarely get to enjoy the atmosphere of an international fixture with an attendant army of away fans, who bring with them the colour, noise and passion to match the ferocity of the on-field collisions. Added to this is the rarity of the occasion; World Cups come around every four years but the Lions only come prowling every 12.” 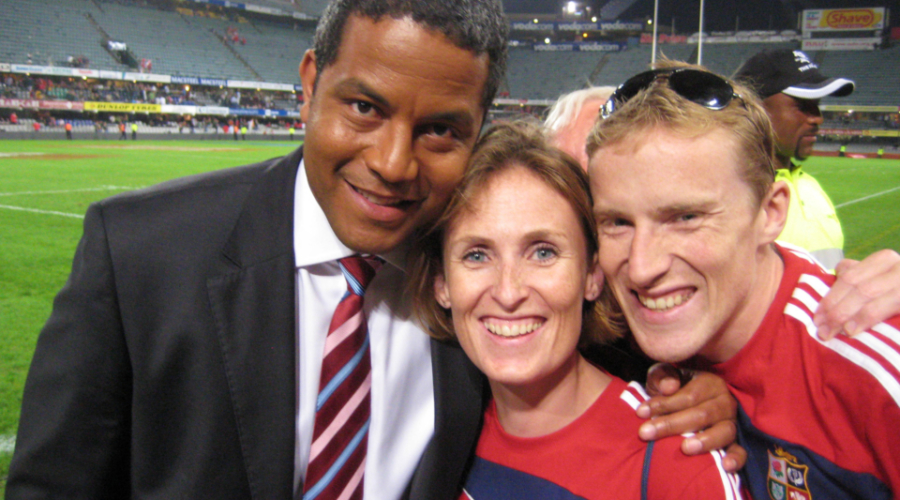 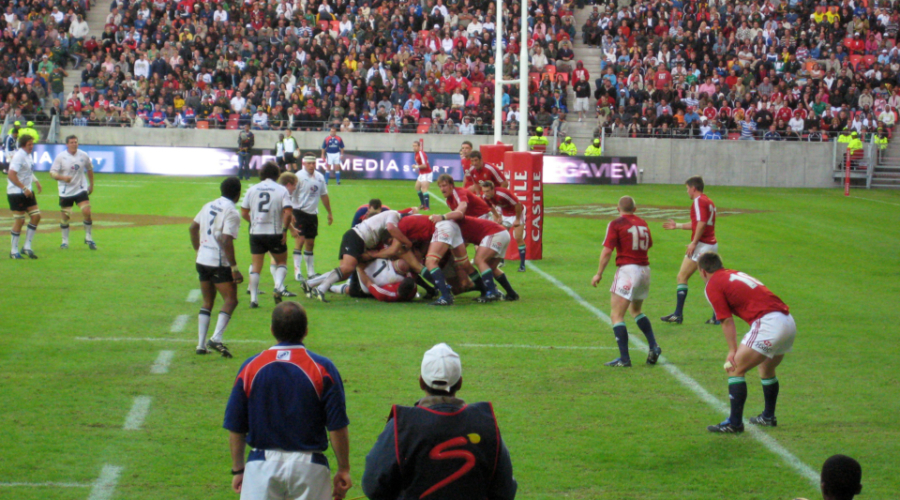 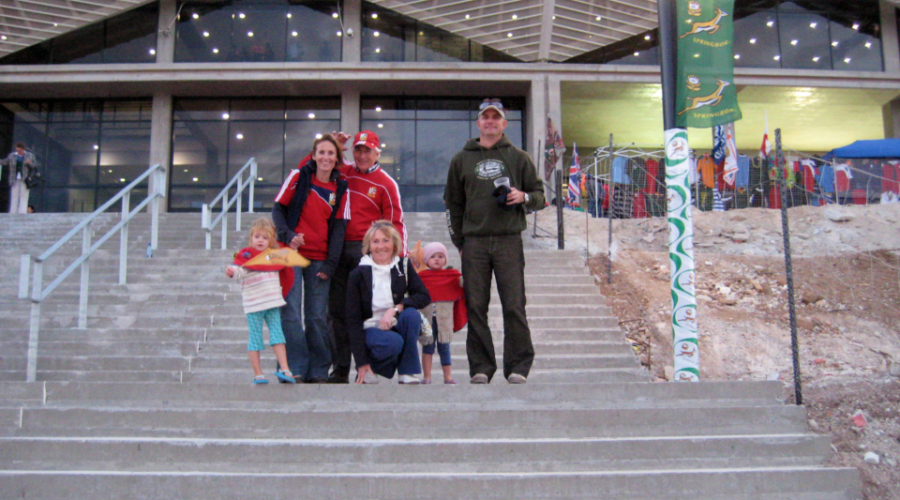 As an Englishman living in Durban

For five years I’d come to relish going to rugby at the Shark Tank. It was similar to watching rugby in England, just on a different level.  Standing in the west carpark at Twickenham, in the rain, with your hand freezing to a beer just wasn’t quite as enjoyable as basking in the sun in the playing fields around Kings Park with the smell of braaiing meat wafting through the air. The only thing cold was the beer. The festivities would begin early in the day and with a nightclub in the stadium, the fun would often wander into the next one. Sandwiched somewhere in the middle were also some outstanding games of rugby: Super Rugby semis and finals, Tri-Nations battles plus the summer tours of the Six Nations sides, all of whom had arrived and gone home empty-handed.

So, the arrival of the British and Irish Lions in 2009 to challenge the reigning World Champions was a mouth-watering prospect. The result of that first test in Durban is well known (if not happily remembered by the Lions fans) but my abiding memory of that day isn’t the events in the stadium but the party on the fields outside. It’s probably best summed up, when after the match a jubilant Springbok fan questioned why we were celebrating after losing. A young Irish fellow quickly retorted, “We lost the test but we won the rugby.” 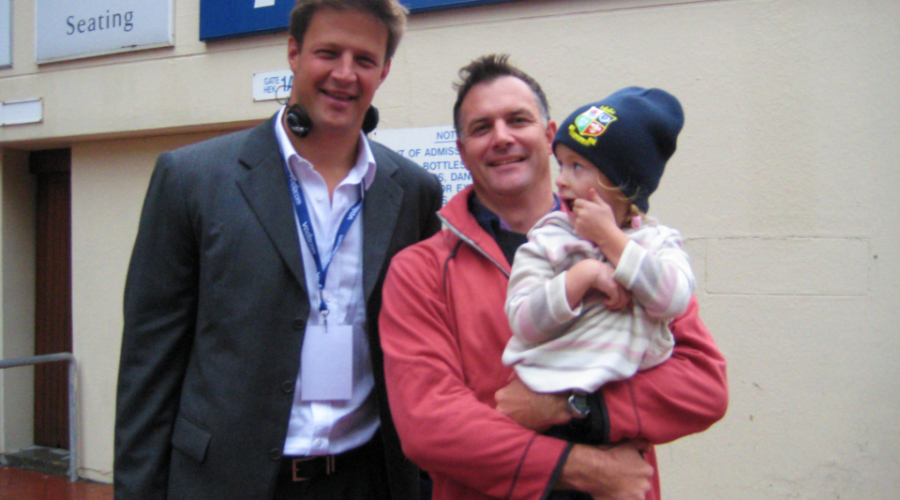 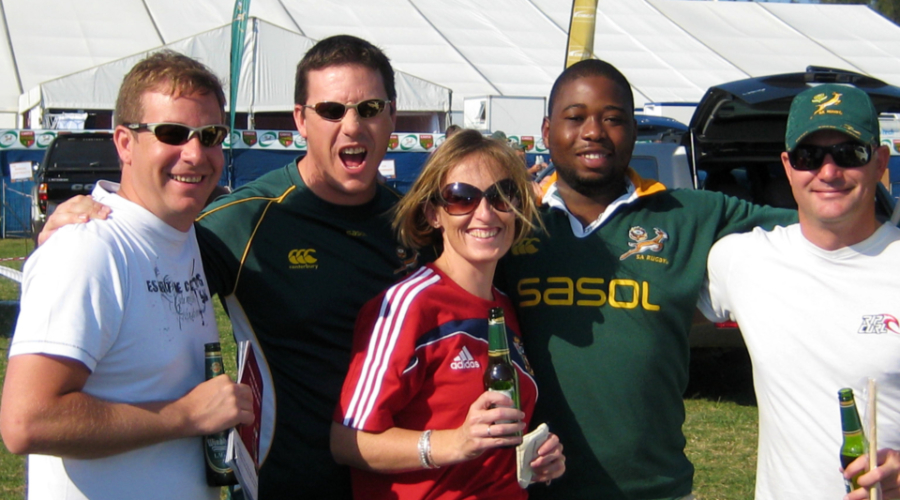 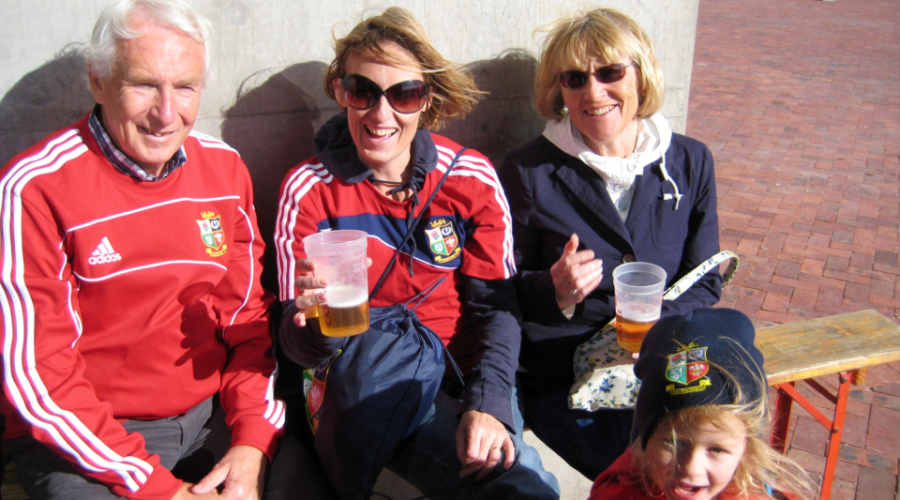 Watching rugby is a familiar pursuit. But something I’d never experienced until reaching South African shores was the marvel of going on a game drive. Imagine going to a match except you’re not in the stands but on the field with the players. A game drive offers this vantage point and yet it’s so much more than that. It’s a journey into another world. A world devoid of people, where time is measured purely by the sun’s passage across the sky and life revolves around only one thing, survival.

Rounding the bend in the dusty track you come face to face with a two and a half ton rhino. His eyesight isn’t very good but he’s definitely clocked you, you’re that close. You’ve no doubt seen one on TV or maybe in the safety of a safari park but there’s no reassuring steel bars separating you here. He’s free to turn you and your vehicle upside down but if you give him the space he demands he’ll happily let you hang around until his day takes him off deeper into the bush and your attention returns to the adventure ahead. 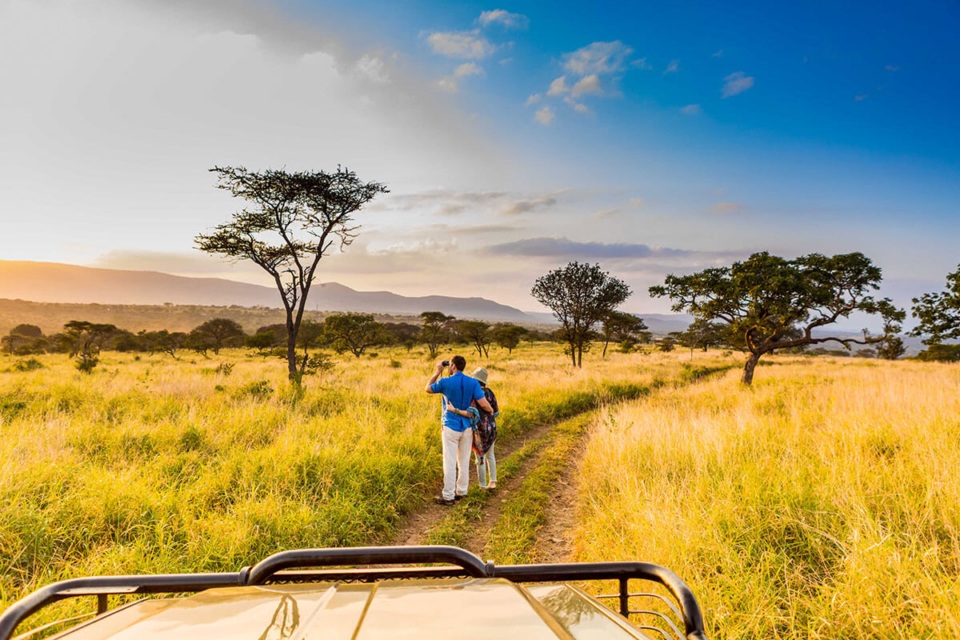 A herd of impala grazing vigilantly, hoping not to see what you’re looking for, and in the background, wildebeest step silently through the acacia shrubs. Following their path, you catch sight of the patterned neck of a female giraffe. As your eyes adjust to the topography you realise she’s not alone and then you begin counting; reaching twelve you’re forced to stop when one steps out onto the road right in front of you and you can then really marvel at the majesty of this amazing animal. 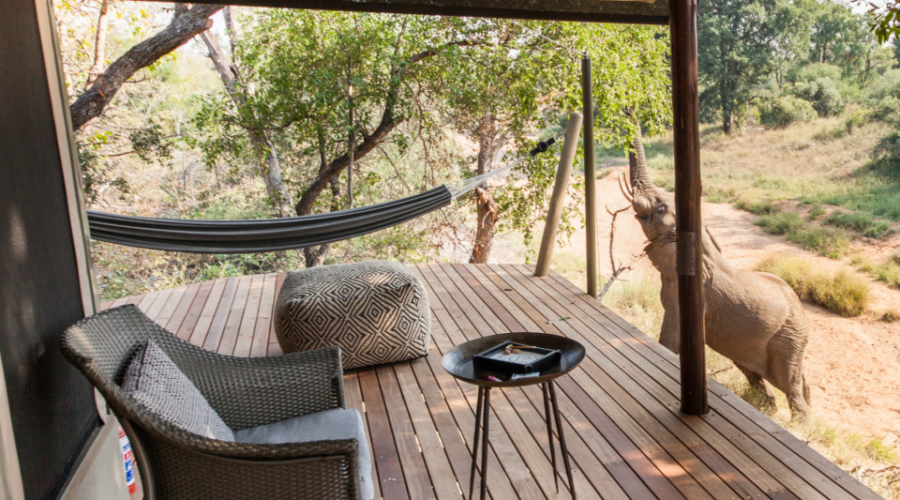 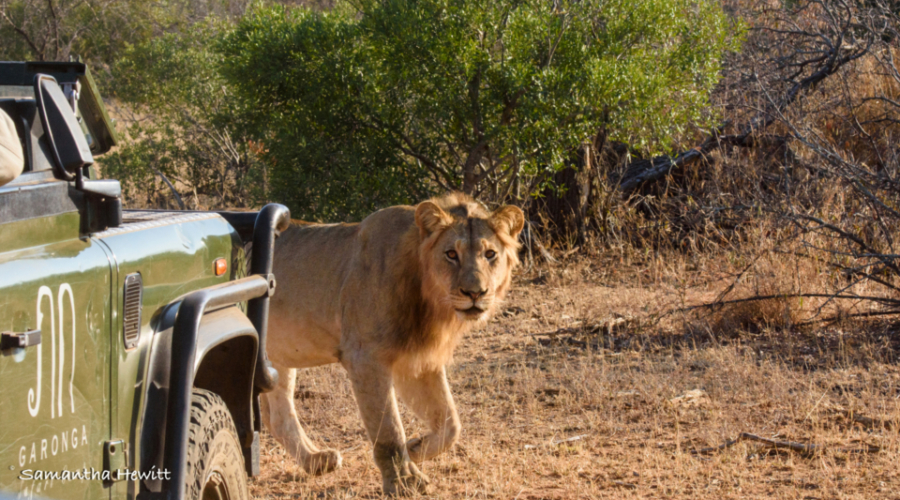 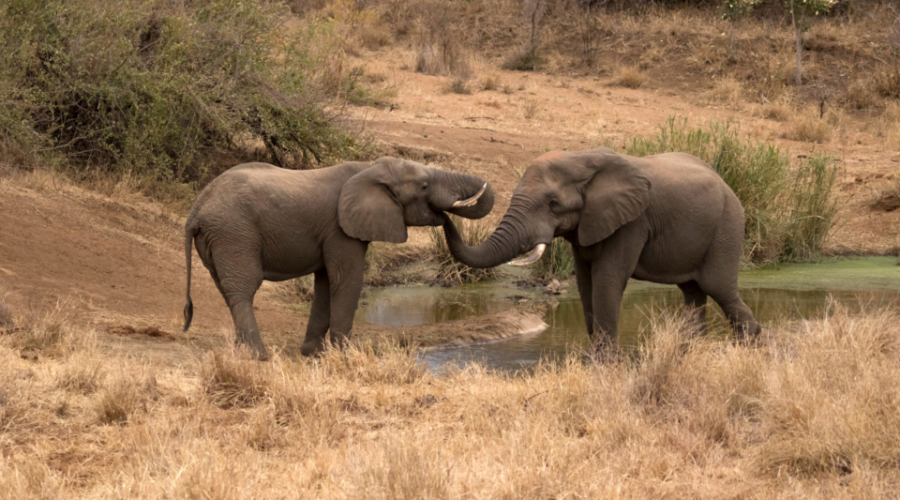 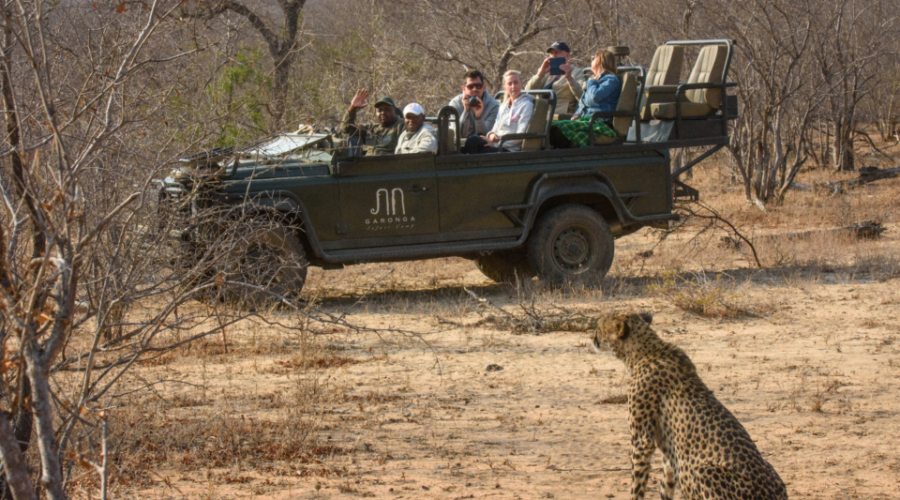 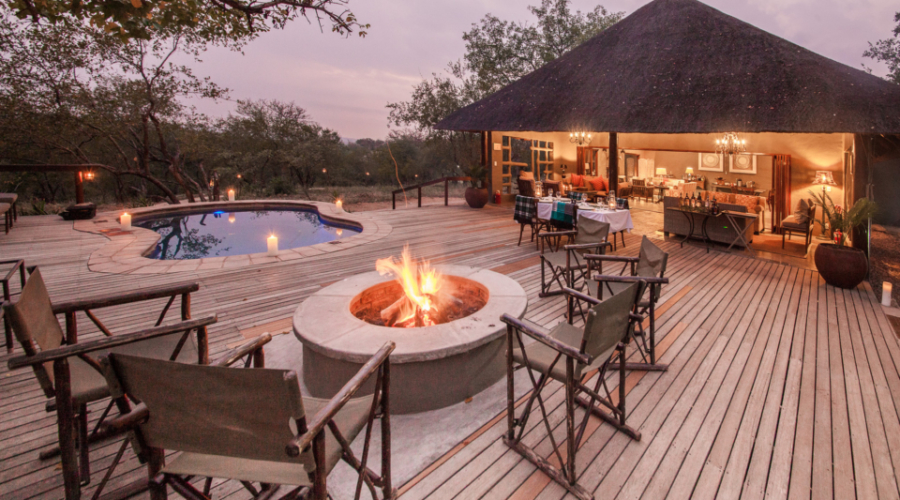 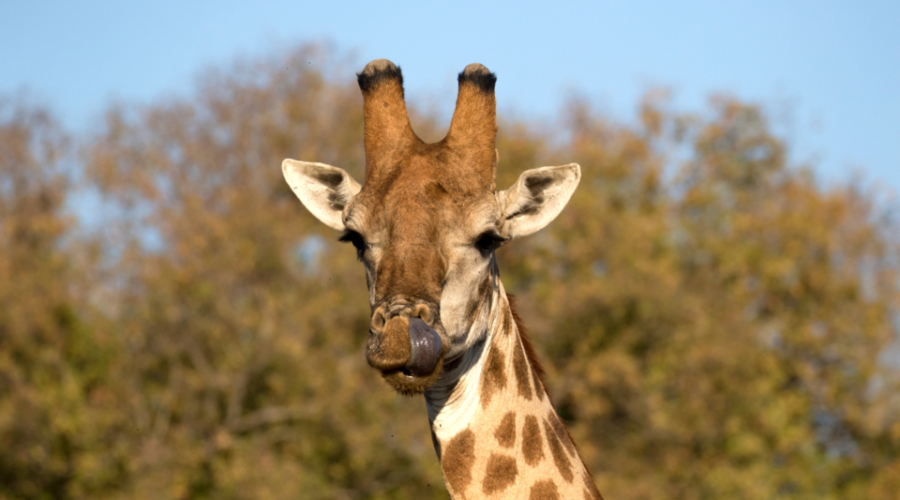 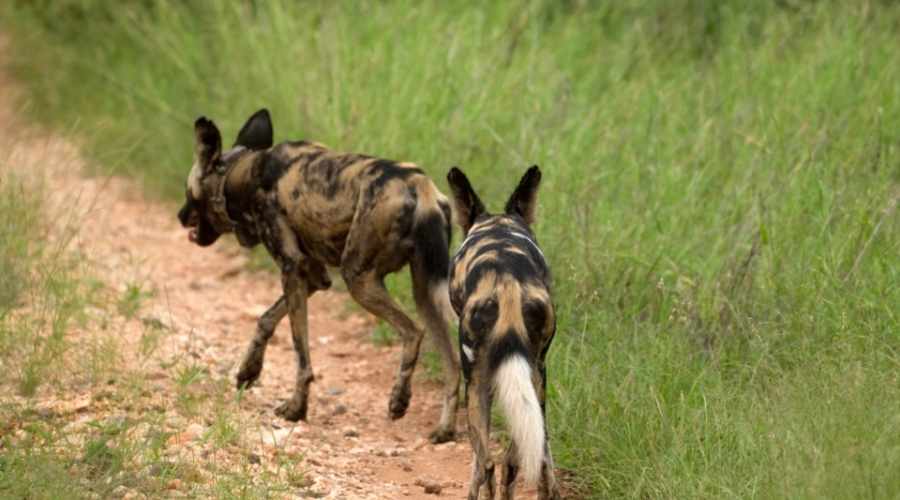 I won’t pretend every twist and turn in the trail will send your pulse racing, but when you go with an experienced game ranger, they’ll reveal the secrets of the surrounding scenery and you’ll learn that even the flora and fauna have an interesting tale to tell in their own quest for survival. As you continue your journey, you’ll become fully immersed in all the sights, sounds, and smells until you are no longer just an observer but a participant. Then, when you hear a crashing sound in the bush ahead you might be alert to the presence of something genuinely mighty. When you cross paths with an elephant, time stands still but your heart races. 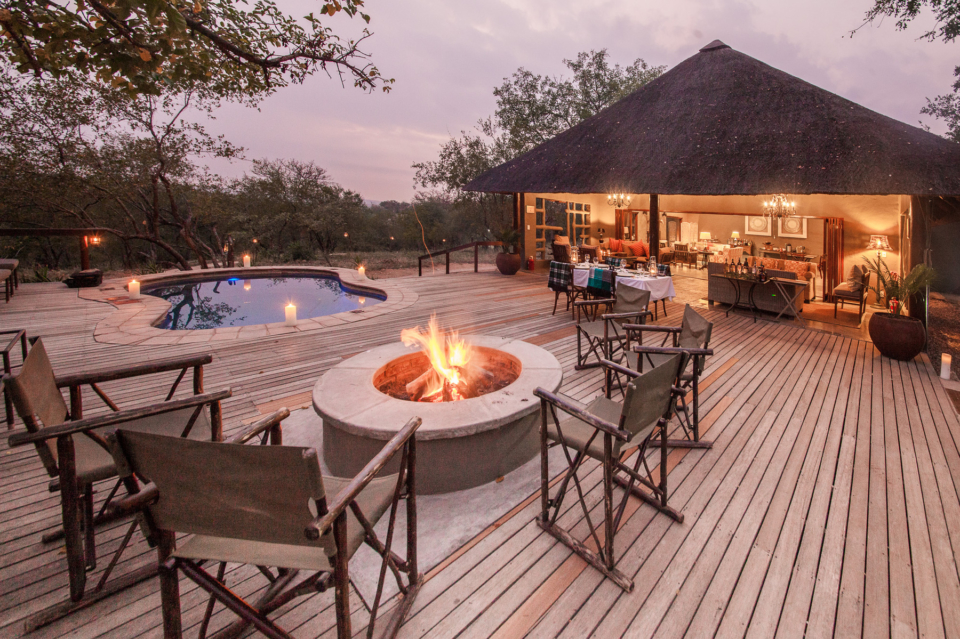 It’s so sad that we won’t be traveling with the British and Irish Lions but when it is ‘open gates’, be sure to make time to catch the South African ones. The game will be unforgettable!.